At the venerable age of ten I was presented with the most pivotal question of my entire life: Band or Choir? Unbeknownst to me, my response would set me on a life long journey.

Throughout my career I’ve had incredible influences on my musical life. From my first patient piano teacher, Teresa Capra, to the incomparable Yehuda Gilad (Professor of Clarinet, University of Southern California), to the ever-inspiring, often eccentric Michael Tilson Thomas (Music Director, New World Symphony), each has helped mold me into the musician and person that I am today. However, I can point to two concrete influences in my youthful formative years right here in Birmingham, Alabama that laid the cornerstone for success.

Upon reaching fifth grade ca. 1995 I was required to pick between the two aforementioned essential courses. As a gregarious ten year old always looking to have a good time, I saw band as the obvious, more fun choice. Then came the next monumental life-altering question: which instrument? My dad had always (and still does) loved jazz and big band music with a specific affection for the mellifluous clarinet solos of Pete Fountain and Benny Goodman. My mom, always on the hunt for a great deal, saw an ad in the Birmingham News Classifieds for a used wooden Noblet clarinet for $250. After a savvy negotiation with the mom of a cheerleader (who was suddenly way too cool for band), we drove away from Montevallo, Alabama with my first wooden clarinet for the comically low price of $200! With a basic music reading ability (from piano lessons) and absolutely no idea how to assemble a clarinet, I entered the fifth grade band where I would meet the man that would set me on the greatest journey of my life so far. 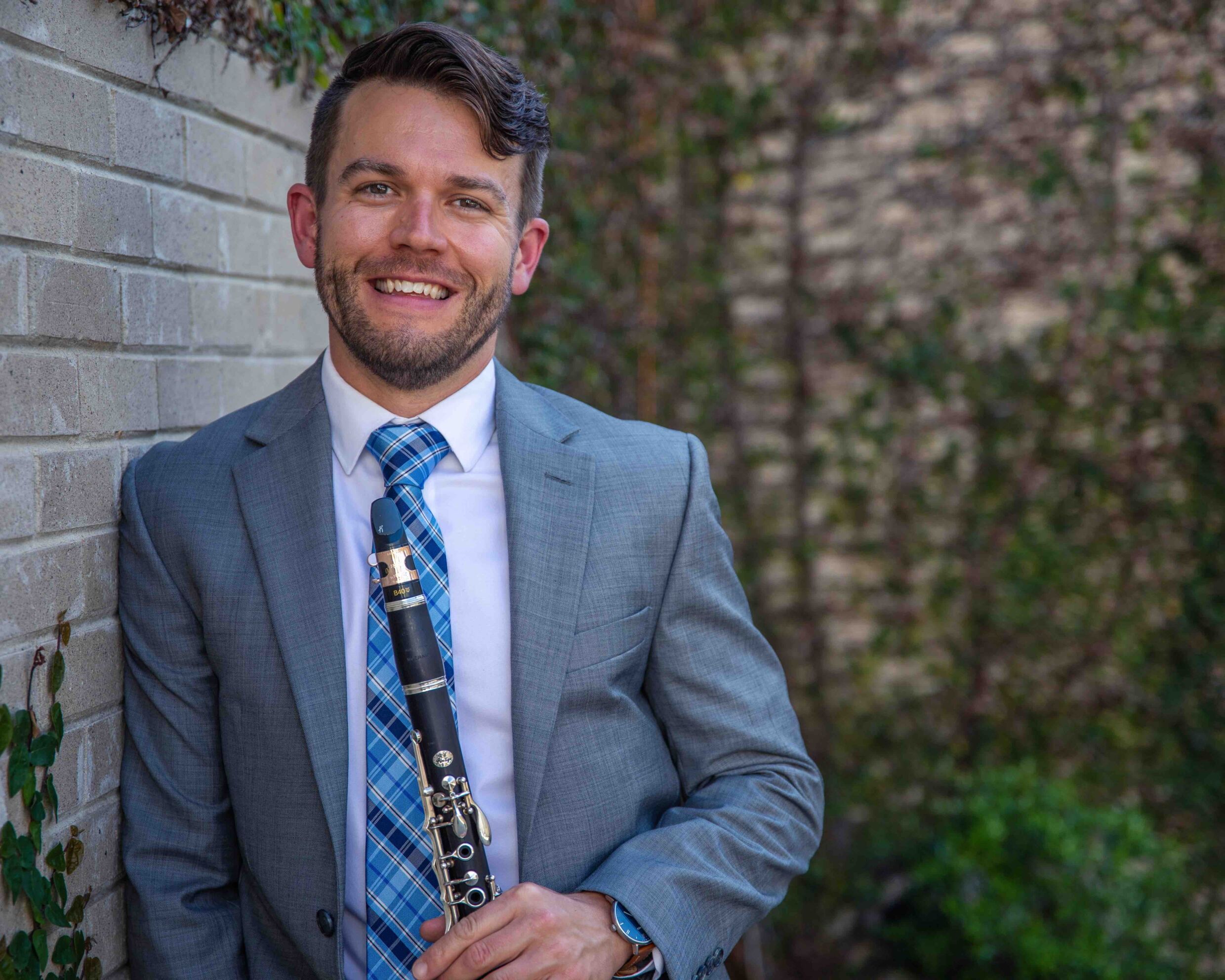 Chuck Eady is legendary amongst not only his former band students, but also band directors across the state of Alabama. He was exceptionally demanding and expertly instructive with a stern but humorous demeanor. A self-proclaimed south Georgia country boy at heart he was no stranger to a peanut-filled Coca-Cola and hilarious quips for the problem students such as: “Son, you’ve got one foot out the door and the other on a banana peel." Chuck not only taught me how to assemble the clarinet, but also how to position a reed on the mouthpiece, how to form an embouchure around said mouthpiece, how to sit in the chair properly, how to play with others in an ensemble, how to march in coordinated formation, and of course, my very first notes on the clarinet. Above all, however, he instilled in his students, and myself,  an unwavering commitment to the pursuit of excellence, not only in the band room, but in all of life’s pursuits. Mr. Eady was demanding because life is demanding. Throughout my high school years, every valedictorian and salutatorian of the various graduating classes were almost always a member of the band. Mr. Eady was the personification of essential.

The second equally formative influence came from the ASO’s former Principal Clarinet, the late Daniel Granados. I was lucky to study clarinet privately with Danny all throughout my high school years. Claiming he only worked with the most serious of students, it took a very persuasive phone call from my mom to convince him I was worth the time investment. Little did we know just how much time HE would invest in me. Danny and I would spend at least 2 hours per week, sometimes more, in his studio working on scales, etudes, and solo repertoire. His focus always centered around beauty of sound and musical intent. After recalling any performance or audition to him his first response was always, “That’s great Brad….BUT, did you play with a beautiful sound?” Danny was an incredibly passionate, purposeful musician and human being. He eloquently explained how playing the clarinet was a form of meditation or prayer for him and how he imagined playing for his grandmother whom he loved dearly. This concept did not fully germinate in me until much later in my career while studying with Yehuda Gilad at USC whose primary teaching philosophy centered around playing with total musical conviction. Danny had laid the groundwork and as a result, having access to this world class artist right here in Birmingham, Alabama, changed my life. 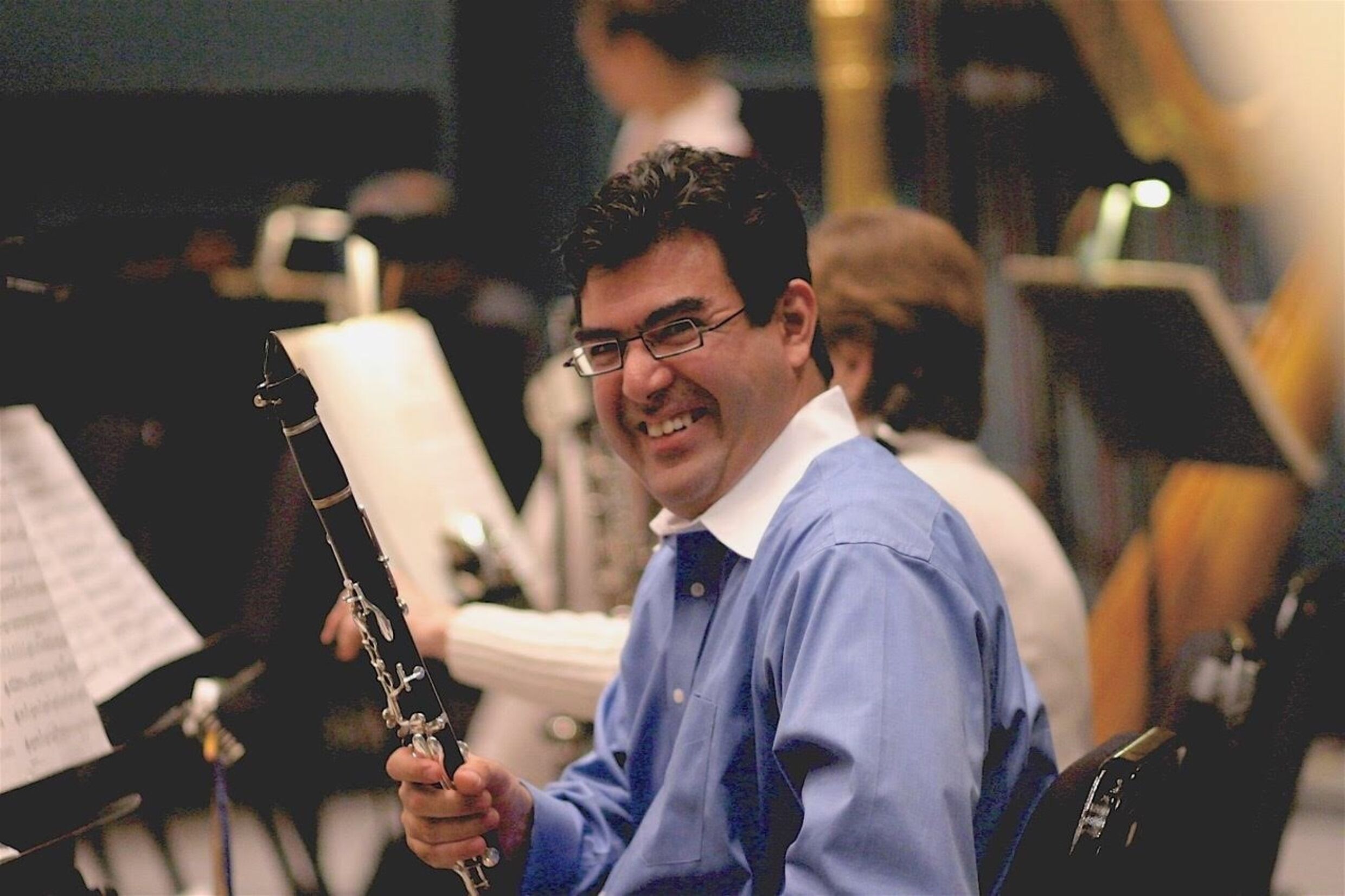 Not every fifth grade band student will pursue a career in music, but the benefits of music education have an extensive shelf life. From the pursuit of excellence, to teamwork, to emotional development, these skills are omnipresent in any career and throughout life. Normally, the ASO provides a significant number of educational programs ranging from our Young Person’s Concerts, where the schools come to us, to our Explorer concerts, where the orchestra travels to the schools. None of this has been possible this season. However, in a year where the herculean obstacles of this pandemic have been relentless, so have our musicians. Through the ASO’s INSPIRE program, our musicians have virtually visited (so far) over 68 classrooms reaching over 2000 students across the state of Alabama since February. Personally, I have been able to visit classrooms in the Birmingham Metro area, Carbon Hill, Alabama, and as far away as Mobile, Alabama, introducing elementary age students to the clarinet for the very first time. The joy exuded by the students and the gratitude expressed by the teachers are equally tangible even through my computer screen. As a professional musician, it’s sometimes easy to forget that a mere introduction to classical music or our orchestral world can serve as a catalyst, but with each classroom visit I can’t help but wonder if one of these kids may join their school’s band one day and meet their Mr. Eady.

Are you a music educator in the state of Alabama that would like to share your experience? Inquire about being featured in our Education Blog by emailing Maria Wilson, ASO Education Initiatives Manager, at mwilson@alabamasymphony.org

Back
To close the menu, tab back to the Close button and hit the Enter key, or hit the Escape key.