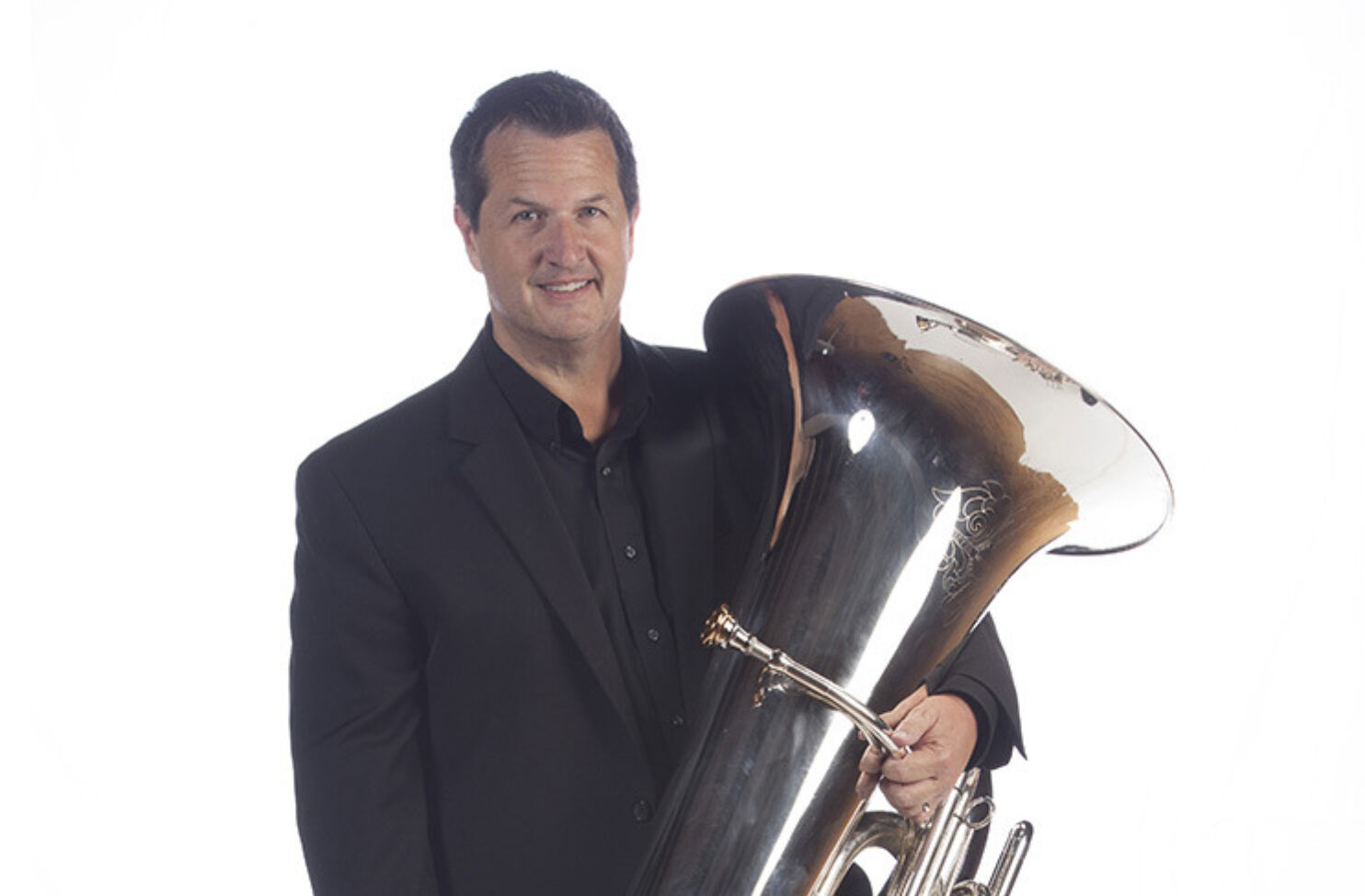 When not performing, teaching or practicing tuba stuff, he enjoys playing his electric guitar and has been featured during halftime shows at University of Virginia and Auburn University performing Van Halen’s Eruption/You Really Got Me.