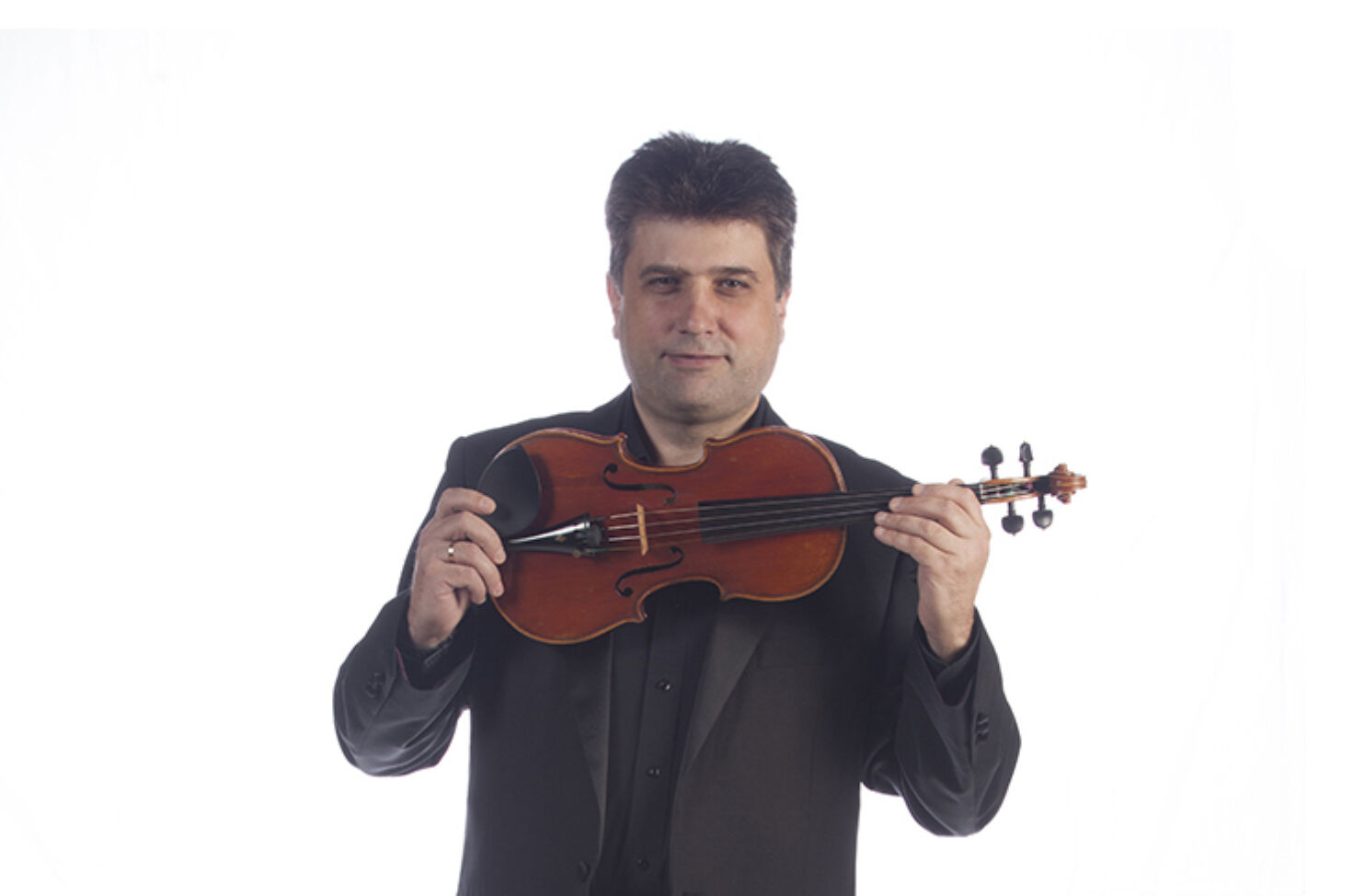 Daniel Szasz, “a sensitive, caring player who sublimates his virtuosity to better serve the music” (The Birmingham News)

Active as a concert soloist, chamber musician, and recitalist, Daniel Szasz has been the concertmaster of the Alabama Symphony Orchestra since 1997. A versatile musician, interested in performing both standard and less familiar repertoire, Mr. Szasz has been consistently praised for his “expressive, rich and warm sound” as well as for his “strong, confident, and assertive playing.”  His performances have been described as “breathtaking” and “exquisite” and have generated great enthusiasm among his audiences and in the press.

Born in Romania, in the Transylvanian city of Sibiu, Mr. Szasz began playing the violin at age six under the supervision of his father, a former principal trumpet player with the Sibiu State Philharmonic Orchestra. At the age of eight he played his first solo recital, and at thirteen he performed his first concerto with a professional orchestra. His teachers in Romania included Mihai Wunderlich, Victoria Nicolae, and his mentor, violinist Andras Agoston. While a student at the Gheorghe Dima Music Academy in Cluj, at only nineteen, Mr. Szasz landed a position with one of the top orchestras in Romania, the Cluj State Philharmonic Orchestra, with which he toured Europe extensively, recorded, and performed as a soloist on many occasions. Following studies with Alberto Lysy at the prestigious International Menuhin Music Academy in Gstaad, Switzerland, Szasz moved to the U.S. and continued his violin studies with Vasile Beluska, Yair Kless, Gerald Jarvis, and Patrick Rafferty. He also studied chamber music with members of the Franz Schubert Quartet, Audubon Quartet, and Fine Arts Quartet.

Mr. Szasz has won numerous awards in national competitions in Romania as well as international competitions in Italy and the U.S., including the “Public Prize” at the prestigious Vittorio Gui International Chamber Music Competition in Florence, Italy, playing with his wife, pianist Alina Voicu. In the summer of 2006, Mr. Szasz won the position of concertmaster for the Lake Placid Sinfonietta, an annual summer music festival orchestra in Lake Placid, New York. Some of Mr. Szasz's most notable collaborations over the years included solo appearances and chamber concerts with violinists Jaime Laredo, Andras Agoston; pianist Yakov Kasman; cellist Alban Gerhardt; mandolinist Chris Thile, and bandoneonist Raul Jaurena.

In 2004, in collaboration with the Sibiu Philharmonic Orchestra, Mr. Szasz initiated the establishment of the “Romanian-American Music Days” in Sibiu, Romania, an annual summer music festival that promotes American music and supports active professional interactions between Romanian and American musicians. Since 2011, Mr. Szasz has also become involved with Music4Romania (www.music4romania.org), a non-profit organization aimed to help orphanages and schools in Romania while promoting Romanian music and culture in the U.S. and internationally.