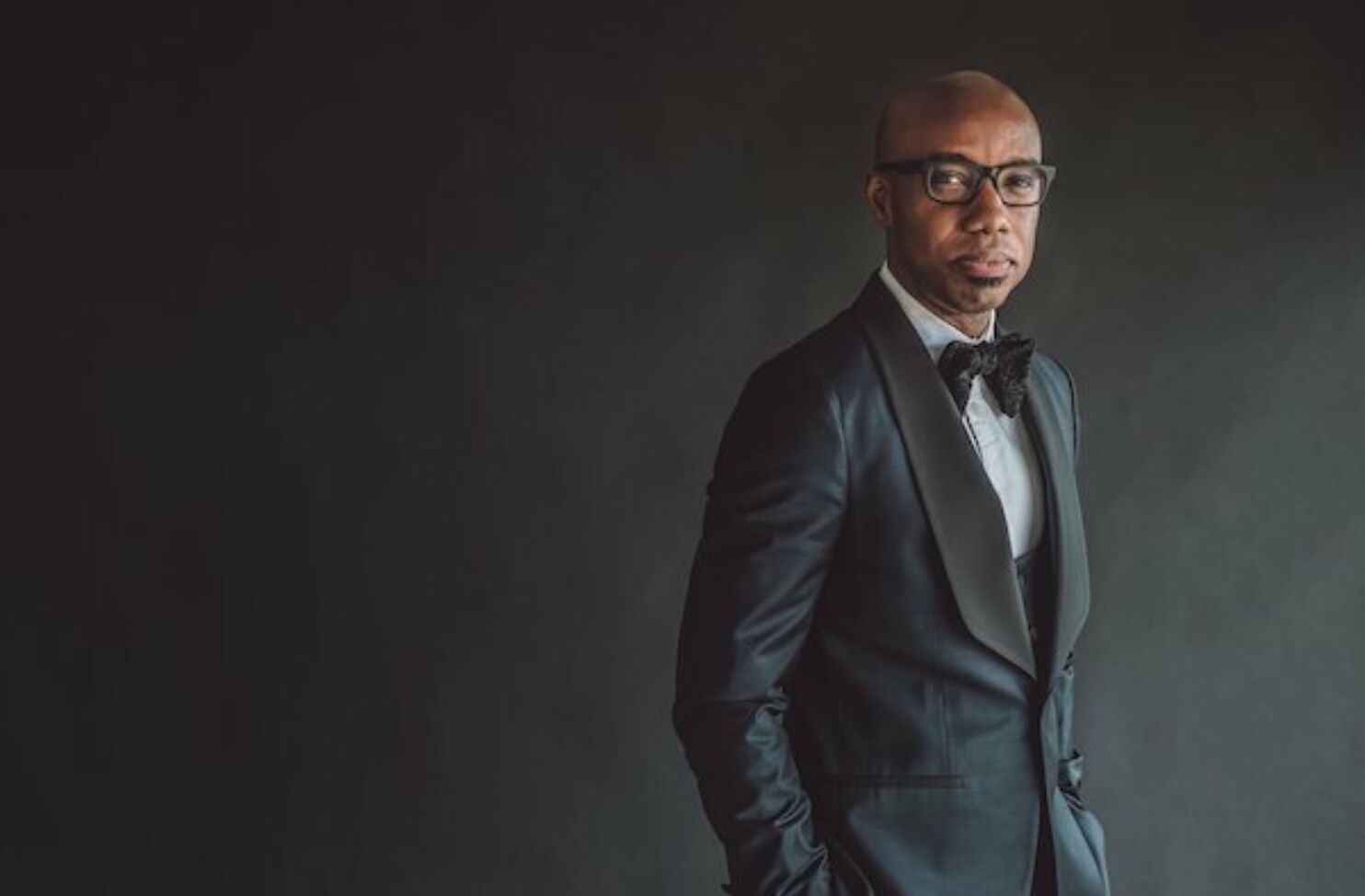 It was recently announced that Jason Max Ferdinand will be the new Director of Choral Activities at the University of Maryland, College Park. He will assume those responsibilities in the Fall of 2022. He is very humbled to be standing on the shoulders of his mentor, Edward Maclary, who has guided the choral program for 20+ years.

Jason Max Ferdinand, Professor – Conductor – Composer – Speaker, is the founding artistic director of The Jason Max Ferdinand Singers: An Ensemble of Exceptional Talents, and is director of choral activities, chair of the music department, and a full professor at Oakwood University, where he conducts the Aeolians of Oakwood University. He is a published author and composer with GIA Publications, featuring the book, Teaching with Heart: Tools for Addressing Societal Challenges Through Music, and The Jason Max Ferdinand Choral Series (Walton Music). He maintains an active schedule as a guest conductor and lecturer at schools, universities, churches, and choral festivals and conferences, domestic and international.

A native of Trinidad & Tobago, Ferdinand received his Bachelor of Arts in Piano Performance from Oakwood College (now Oakwood University), his Master of Arts in Choral Conducting from Morgan State University, and his Doctor of Musical Arts in Choral Conducting from the University of Maryland. He attributes a lot of his success to the many influential people and experiences that helped shape him into who he is today.

During his undergraduate experience at Oakwood College, he studied piano with Dr. Wayne Bucknor and was also afforded the opportunity to serve as student conductor and student accompanist, as well as have some of his arrangements performed under Dr. Lloyd Mallory, his choral director. While he was obtaining his Master of Arts in Choral Conducting, the late Dr. Nathan Carter of Morgan State University changed his life in a potent way. Ferdinand served as graduate assistant to Dr. Carter, and that is when a true and clear vision for his life work was formed.

As a doctoral student, Ferdinand was privileged to study under the heedful eyes of Dr. Edward Maclary, who is a protégé of the late Robert Shaw. During his time at the University of Maryland, he served as co-director for the University Choir and was an assistant conductor for the Chamber Singers and the Maryland Chorus. In addition, he taught undergraduate conducting classes. In the summer of 2006, he was selected to lead the Summer Choral Festival Program at the University of Maryland, and Jim Ross, a former pupil of Kurt Masur and Leonard Bernstein, served as his orchestral conducting teacher.

In 2008, Ferdinand began his tenure at Oakwood University as director of choral activities as well as director of the Aeolians of Oakwood University. Under Dr. Ferdinand’s baton, the Aeolians of Oakwood University have graced stages the world over. Their repertoire of choral music, which ranges from the baroque era to the twenty-first century, has been sought after and performed at venues throughout the United States, Bermuda, the Bahamas, the Virgin Islands, Canada, Poland, Romania, Great Britain, Russia, Jamaica, Trinidad & Tobago, and Hungary. Their 2011–12 Concert Series was extremely noteworthy, as the Aeolians visited Moscow, Russia, as part of the Russia-US Bilateral Presidential Commission on development of cooperation between Dmitry Medvedev and Barack Obama. They capped off this Series with their inaugural entrance at the 7th World Choir Games held in Cincinnati, Ohio, resulting in the choir earning gold medals in all three categories of entrance and the overall championship for the Spiritual category.

In October 2015, Ferdinand made his debut at Carnegie Hall conducting the Aeolians, the Altino Brothers Concert Chorale, and the Beyond Boundaries Symphony Orchestra. Later that month, he directed the Aeolians as they accompanied world-acclaimed soprano Kathleen Battle at the Alys Stephens Performing Arts Center in Birmingham, Alabama, as part of her “Underground Railroad: A Spiritual Journey” Concert Series. In January 2016, he returned to the Alys Stephens Performing Arts Center to direct the Alabama Symphony Orchestra as they accompanied the Aeolians in a collaborated annual Martin Luther King, Jr. tribute.

The summer of 2017 was a highlight in Ferdinand’s career. Having attended the LLangollen International Musical Festival, in Wales, UK, as a doctoral student with the University of Maryland in 2007, he returned as director of the Aeolians of Oakwood University and won the coveted 2017 “Choir of the World Award” along with the event’s first ever “Most Outstanding Director Award.” In 2018, his choir won three gold medals in the 10th World Choir Games held in South Africa. Additionally, they were the overall champions in both the University Choir and Spiritual categories

In February 2019, the Aeolians performed at the National Conference of the American Choral Directors Association (ACDA). The performance garnered a lot of attention and some even commented, “They broke the ACDA.” The ensemble was also selected to be the feature choir at the National Collegiate Choral Organization conference, which was held at the University of Maryland, College Park.

Ferdinand serves on the board of the National Collegiate Choral Organization (NCCO) and is a former board member of the Alabama American Choral Directors Association (ACDA). He maintains an active schedule as a presenter, adjudicator, and guest conductor in America, Asia, Europe, and the Caribbean. He continues to actively compose and enjoys mentoring up-and coming composers. His greatest passion is watching those who he has mentored as conductors and composers become conductors and composers in their own right. He loves to teach and was named “Teacher of the Year” for the 2017–18 school year by Oakwood University.

Cultural maladies presented during the year of the pandemic inspired the compilation of Teaching with Heart: Tools for Addressing Societal Challenges Through Music to provide support and encouragement for music educators. The unique circumstances of 2021 also opened a creative opportunity to birth The Jason Max Ferdinand Singers in a virtual concert Live from London - Spring! The ensemble began its unifying journey to breathe life into choral works of underrepresented composers and positively affect the cultural health of our world.

Jason Max Ferdinand is thankful for his parents, Dr. T. Leslie and Mary Ferdinand, who are both retired educators. He and his siblings, Alva Ferdinand, JD, PhD, and Abdelle Ferdinand, MD, attribute any academic accomplishments they have attained to their parents. He is married to Meka, who is a registered nurse, and they are the parents of Caleb, Ava, and baby Jamē.