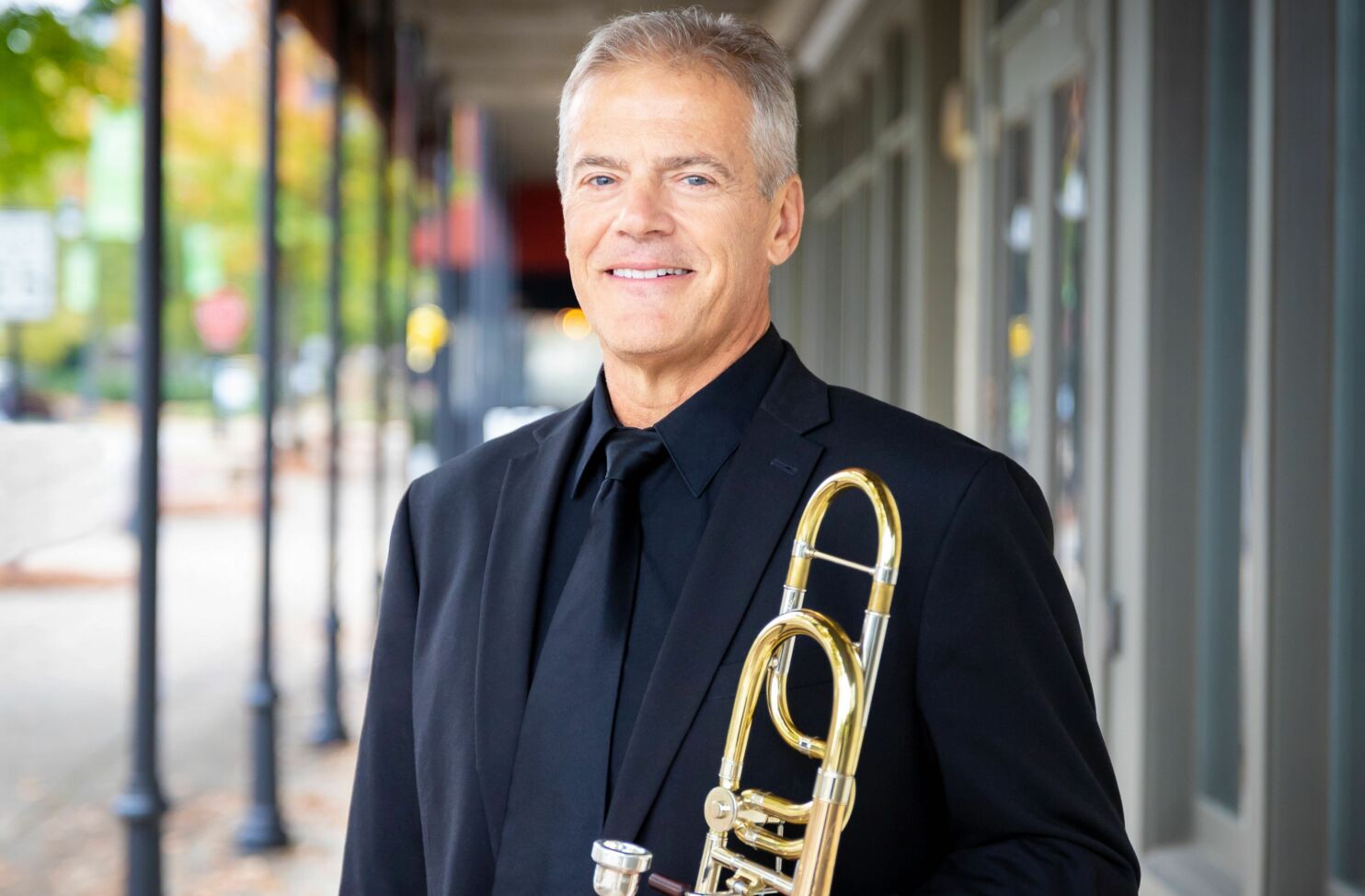 Jay Evans is currently Principal Trombonist of the Alabama Symphony Orchestra, a position he has held since October, 2000. As soloist, Jay has performed in numerous concerts including Jim Pugh's Concerto for Trombone and Nino Rota's Concerto for Trombone and Orchestra.  He was also featured in a memorable concert with Olivia Newton-John and the ASO, performing on the Australian Aboriginal instrument, the Didgeridoo.

Jay received a Bachelor of Music degree at Morningside College in Sioux City, Iowa, while holding the position of Principal Trombone of the South Dakota Symphony Orchestra. He later received a Master of Music degree from North Texas State University, during which time he performed with the Dallas Cowboys Band.  He later moved to New York City to perform monthly with the National Orchestral Association in Carnegie Hall, and frequently performed with the Metropolitan Opera, New York Philharmonic, American Symphony, New York City Opera National Company, the Springfield (MA) Symphony and Miss Saigon on Broadway.

As a Fellow in Trombone at the Tanglewood Music Center, Jay performed with notable conductors Leonard Bernstein, Seiji Ozawa and Jeffrey Tate.  He was also a participant at the Spoleto Festival Due dei Monde in Spoleto, Italy, and Charleston, SC.  Jay toured extensively throughout North America, Japan and Australia with the broadway production of, The Music of Andrew Lloyd Webber in Concert, starring Michael Crawford and Sarah Brightman.  And as a member of the highly acclaimed, 'Dallas Brass', Jay performed throughout the United States.  Special appearances included solos with the New York Pops with Skitch Henderson in Carnegie Hall, the Philadelphia Pops with Peter Nero and the Cincinnati Pops with Erich Kunzel conducting.

Before settling in Alabama, Jay held positions with The Lyric Opera of Chicago and the Grant Park Orchestra.  He still returns regularly to perform with Chicago's Music of the Baroque, and spends summers as a member of the Grand Teton Music Festival.

Jay Evans is currently a Low Brass Instructor at the University of Montevallo and UAB, and maintains an active private teaching studio. He is a Shires Instruments Artist/Clinician.