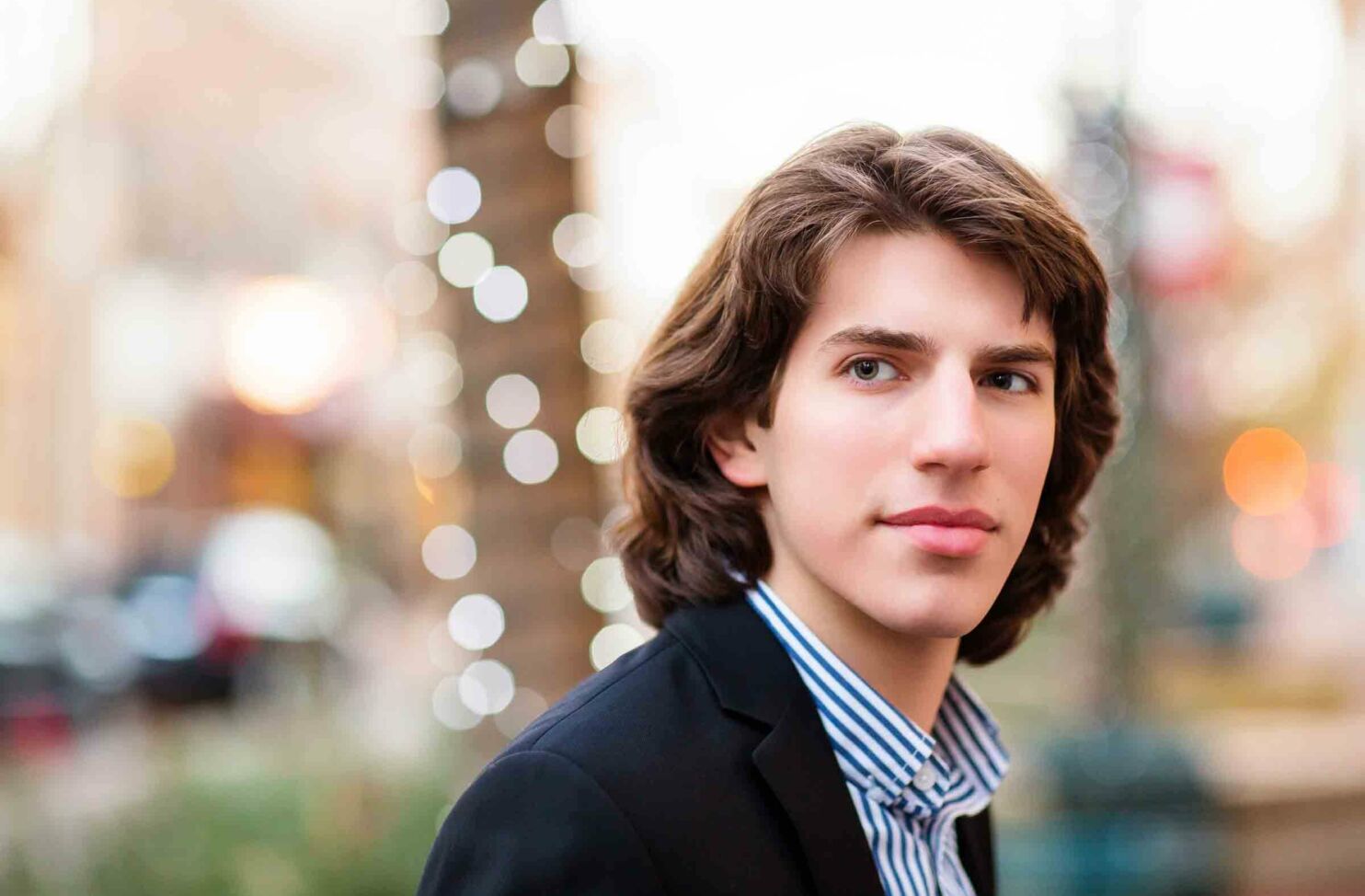 “Mesmerizing artistry and extraordinary ability to communicate” (The Post-Standard), “Poetic, electrifying” (Michigan Live), “a gifted virtuoso” (San Francisco Chronicle), “masterful technique and a veritable deluge of sonorities” (La Presse Montreal), describe 25-year-old Llewellyn Sanchez-Werner for performances that have stirred the intellect and humanity of his audiences on five continents. Selected a Gilmore Young Artist, an honor awarded to the most promising American pianists of the new generation, his multi-faceted artistry has been featured on NPR, PBS, CNN International, the Wall Street Journal, and WDR-Arte.

Mr. Sanchez-Werner performed at the Kennedy Center and the White House for President Obama and now-President Biden, for President Peña Nieto of Mexico, Prime Minister Peres of Israel, and President Kagame of Rwanda. Committed to public service, he received the Atlantic Council Young Global Citizen Award recognizing his dedication to social action through music in such countries as Iraq, Rwanda, France, Canada, and the United States. Fellow honorees included Robert De Niro. General Petraeus commended his “courageous humanitarian contributions through the arts…strengthening the ties that unite our nations.”

On UN World Day for Cultural Diversity, he played with the Iraqi National Symphony in Baghdad, raising funds for the Children’s Cancer Hospital, and in Rwanda, he performed for economic leaders and President Kagame as Rwandans continue rebuilding from the Tutsi genocide. He augmented awareness when he was featured on CNN International. In Paris, he performed at the U.S. Embassy for a special event honoring the visit of the U.S. State Department’s Special Envoy to Muslim Communities, Shaarik Zafar, which was attended by an American delegation and local representatives from various religious groups and civil society advocates.

Renée Fleming, Eric Owens, Marina Poplavskaya, Richard O’Neill, and Cynthia Phelps are among the leading artists Mr. Sanchez-Werner has collaborated with as an active chamber musician. He was Artist-in-Residence at the Canandaigua LakeMusic Festival, Discovery Artist of the New West Symphony, and served as music director for a production of Aida at City College Arts Academy in New York. He partnered with the Gershwin family on a concert and biographical tribute to the Gershwin brothers, and performed “Hallelujah Junction” for John Adams at his 70th birthday celebration in New York. For a Hilan Warshaw WDR-Arte documentary titled “Wagner’s Jews,” which explores the controversy of performing Wagner in Israel and has been aired around the world, Mr. Sanchez-Werner recorded works of Liszt, Wagner, and Tausig.

Since making his concerto debut at age 6, he has performed under the batons of such conductors as Mirga Gražinytė-Tyla, Peter Oundjian, Karina Canellakis, Michael Morgan, Boris Brott, Tito Muñoz, David Lockington, William Noll, Burns Taft, Robert Lawson, and Karim Wasfi. His long relationship with Michael Morgan, with whom he has soloed with 3 orchestras, expanded beyond performing titans of the concerto repertoire when they took on the rarely performed Carlos Chávez piano concerto in a performance that received the Ross McKee Foundation Grant. His adventurous programming also took him to perform Philip Glass’ piano concerto, “After Lewis and Clark,” under the baton of Tito Muñoz.

Mr. Sanchez-Werner was awarded a National Foundation for Advancement in the Arts’ YoungArts gold medal in music. Further, he performed Beethoven, Mozart, and Haydn concerti in partnership with the National Academy Orchestra of Canada and the New West Symphony in 16 concerts for 20,000 North American students to excite more youth about classical music. He continued performing with maestro Boris Brott for an additional 6,000 students as part of an anti-bullying campaign.