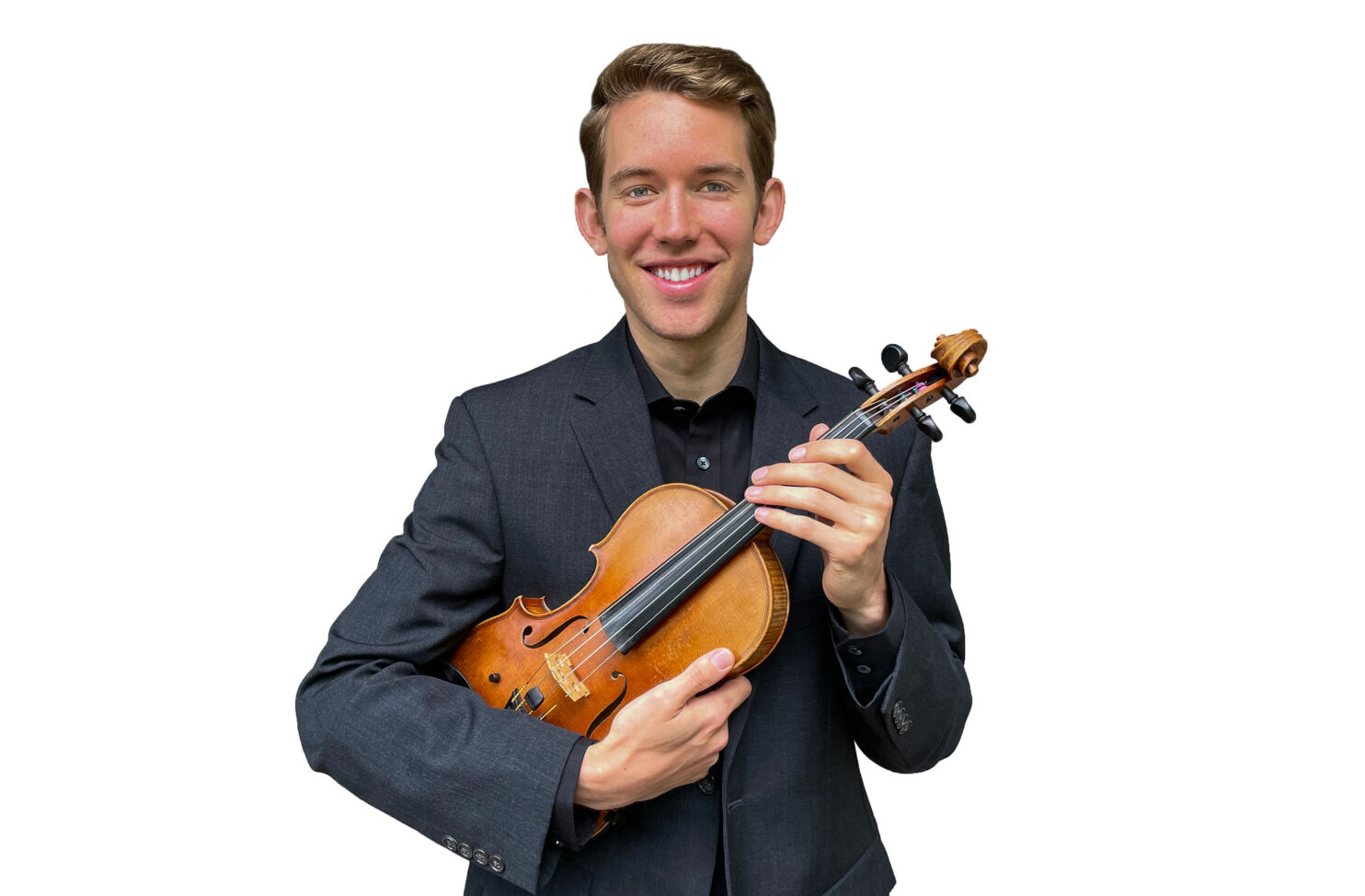 Paul Halberstadt is quickly establishing a versatile identity as an orchestral violinist, cross-genre arranger, folk fiddler and an educator. Prior to joining the ASO as Associate Concertmaster, he was Acting Concertmaster of the Canton Symphony Orchestra. He has frequently served as concertmaster with the Eastman Philharmonia, the Brevard Sinfonia, the Cleveland Institute of Music Orchestra, and the National Festival Orchestra at the National Orchestral Institute (NOI). At NOI, he led the orchestra in a critically-acclaimed, Grammy-nominated performance, recorded for the Naxos label, in which the Washington Post referred to him as “the really wonderful Concertmaster, Paul Halberstadt” with playing full of “energy and ardor.” He has won a Grammy award with the Rochester Philharmonic Orchestra for their new Album American Rapture, recorded for the Azica label. Paul is in demand as an orchestral performer and has performed with ensembles including the ProMusica Chamber Orchestra of Columbus, the Cleveland Pops Orchestra, Glens Falls Symphony, and the Symphoria Orchestra of Syracuse.

As a soloist, Paul is the third prize winner of the Darius Milhaud Competition in Cleveland. He has also participated in the Hudson Valley International String Competition, the Aspen Philharmonic Concerto Competition, and the Eastman Dvorak Violin Competition. He has collaborated with artists such as David Zinman and Joshua Bell in the 2019 Eastman Presents Series, as well as William Preucil in the 2018 Brevard Camerata.

As an educator, Paul coached the Cleveland Institute of Music Preparatory orchestras and was a Violin Instructor at both the Cleveland School of the Arts and the Aurora School of Music. He has worked with the Harrisburg Suzuki Association and Mindsteward Inc to produce group classes tailored for young string players in addition to teaching private lessons in the Harrisburg area. Previously, he was involved with the Rochester Philharmonic Youth Orchestras as a sectional coach. Paul has served as Assistant Faculty at the Csehy Summer School of Music in a variety of capacities including as a violin teacher, sectional coach, and orchestra conductor intern. In 2019, he participated in the Aspen Festival Passes and Lesson Scholarship program (P.A.L.S.) for children who cannot afford lessons.

Paul was born in Boston, Massachusetts and began violin at the age of four. After preparatory studies at the New England Conservatory, he received his Bachelor of Music degree in Violin Performance under the tutelage of Juliana Athayde at the Eastman School of Music, where he was a recipient of the Kelly Zou Scholarship, the Sylvia L. Gilbert Memorial Scholarship and the Howard Hanson Scholarship. He completed his Master’s degree with Stephen Rose in Violin Performance with a minor in Suzuki Pedagogy at the Cleveland Institute of Music. Paul has completed further studies with many leading Concertmasters including Malcolm Lowe, Jonathan Carney, William Preucil, Sheryl Staples, Eric Wyrick, and Jessica Mathaes. Other important teachers include Paul Kantor, Ida Kavafian, Jaime Laredo, Zoya Leybin, and Bonnie Bewick.