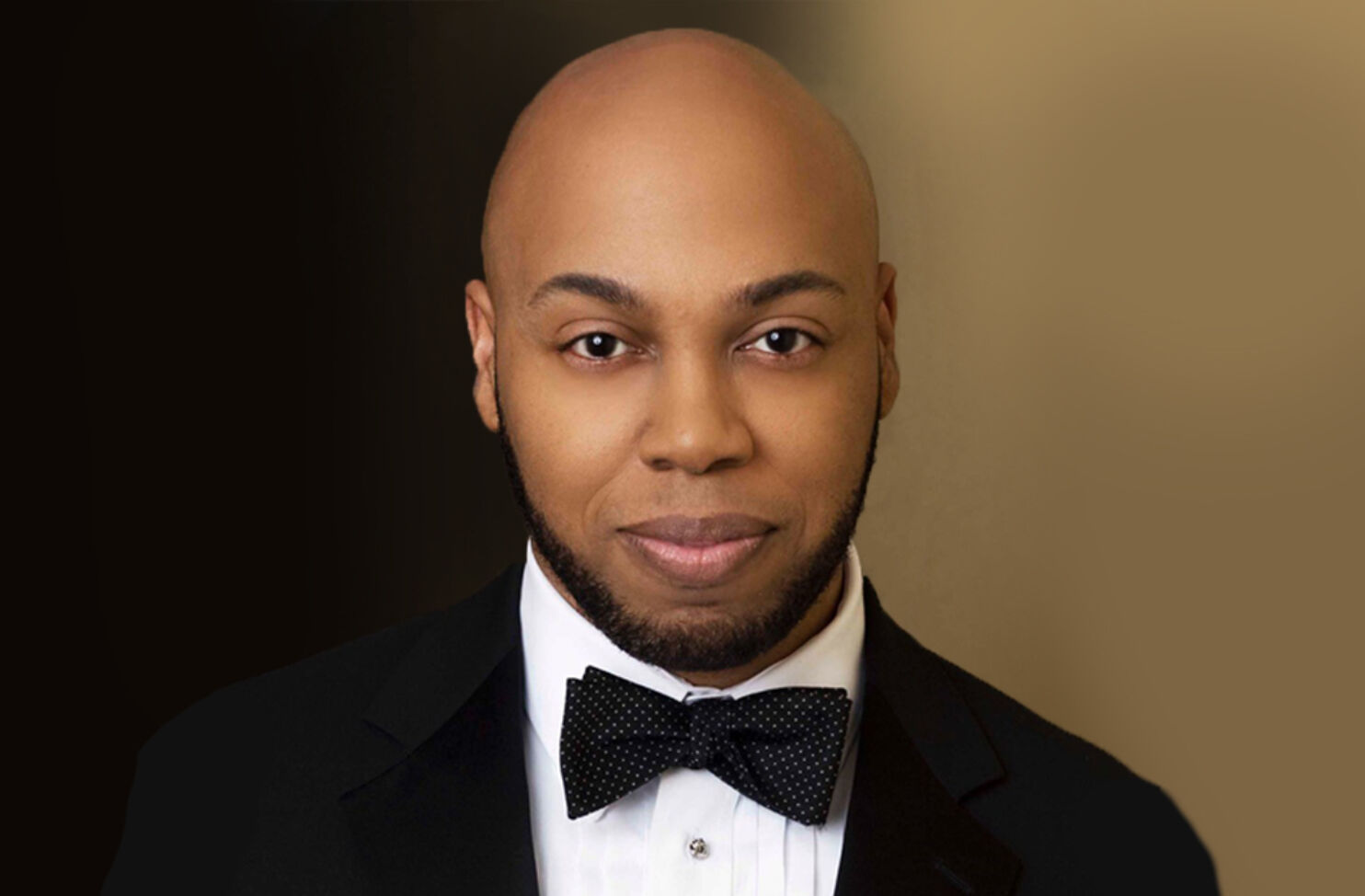 Tenor Roderick George returns to perform with the Alabama Symphony Orchestra after appearing in recent seasons as a soloist in Beethoven’s Ninth Symphony and Handel’s Messiah. Highly regarded as a soloist in major concert and oratorio works, he made his New York Lincoln Center debut as the tenor soloist in Messiah with the National Chorale, and he has sung over sixty performances of this enduring masterpiece. Recent seasons have included Mozart Requiem with the Northwest Florida Symphony, Carmina Burana with the Huntsville Symphony, Lord Nelson Mass with the Shoals Symphony, and Adolphus Hailstork’s I Will Lift Up Mine Eyes with the Nashville Symphony. Highlights of his international credits include performances throughout Russia with the Orpheus Radio Symphony Orchestra and the Krasnoyarsk Philharmonic Orchestra. He has sung a diversity of leading lyric tenor opera roles in performances of Don Giovanni, Die Zauberflöte, Così fan tutte, L’elisir d’amore, La Traviata, Madama Butterfly, La Bohème, Romeo et Juliette, Lakmé, Porgy and Bess, Albert Herring, Lost in the Stars, HMS Pinafore, The Merry Widow and I Was Looking at the Ceiling. As a professional choral artist, he has toured extensively throughout the United States, Europe and South America with the American Spiritual Ensemble and he is a member of the newly formed Jason Max Ferdinand Singers, who debuted in the 2021 VOCES8 Foundation “Live from London” concert series. He is featured on recordings with the American Spiritual Ensemble, and he is the tenor soloist in Nathaniel Dett’s cantata, The Chariot Jubilee, on the 2020 self-titled Aeolians of Oakwood University project. Additionally, he is a featured artist on “Solace,” the recently released debut project of the Ferdinand Singers. In addition to his active performance career, George is Professor of Music and Voice Area Head in the Department of Music at the University of Montevallo. He holds graduate degrees in voice, opera and musical theater performance from The Florida State University and Southern Illinois University (Carbondale), with advanced studies in Austria at the American Institute of Musical Studies. www.roderickgeorge.com