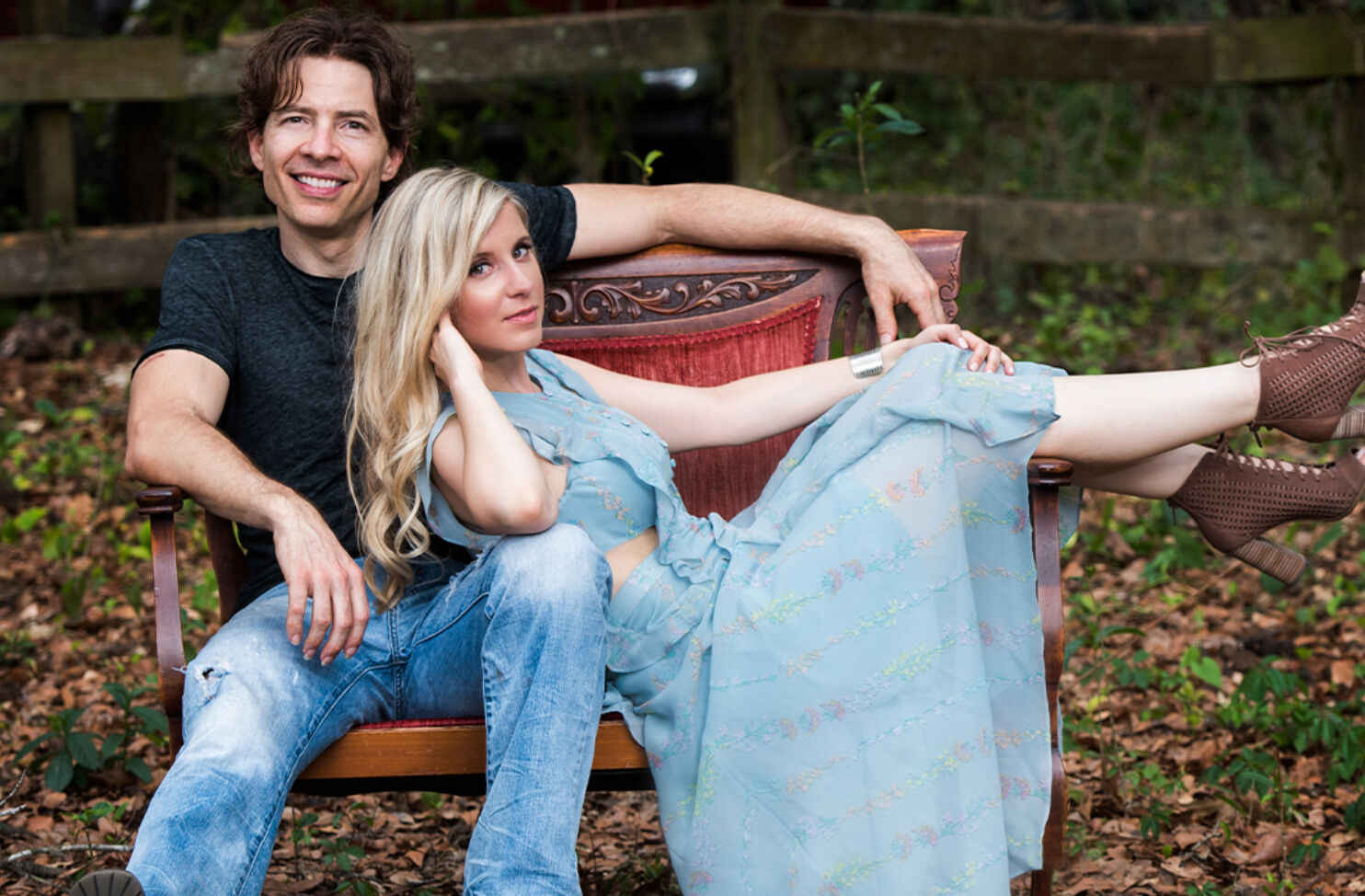 Cold-Hearted Truth, the third album from Nashville-based duo Swearingen & Kelli, bridges the gap between modern-day Americana and the classic sounds of 1970s singer/songwriters. It's the pair's most collaborative album to date, merging the talents of two artists — both of whom enjoyed acclaimed solo careers before partnering up for Swearingen & Kelli's 2013 debut — into a singular sound filled with close harmonies, swooning pedal steel, gospel piano, analog production, and storytelling both autobiographical and character-driven.

Like the title suggests, Cold-Hearted Truth is an album rooted in honesty. These 11 songs find bandmates AJ Swearingen and Jayne Kelli reaching deep into their family histories and their own personal crusades. They deliver stories about endurance, addictions, old stomping grounds, false starts, and getting things right the second time around. Along the way, Cold-Hearted Truth makes a pit stop in West Virginia, reveling in the simpler times of AJ’s family’s humble beginning in the Appalachian coal mines (“Hot Southern Nights” and “West Virginia”); recounts the romantic saga inspired by Jayne’s family history, interrupted by both the Vietnam war and a call to rebellion (“Here I Am Now”); and finds the duo playing with the concepts of time and chance while resisting the bottle in their quest to make a mark (“Be Somebody” and “Cryin’ Shame”).

"These songs are about recognizing where you're from," says AJ, who grew up in the steel town of Bethlehem, PA, where songs by country legends (Kris Kristofferson, Merle Haggard, Johnny Cash) and guitar-playing folksingers (Paul Simon, James Taylor) filled the family home. He later kicked off his career as a solo artist, playing regional gigs in Pennsylvania before a series of long, cold winters drove him south, where he resettled in Florida. Meanwhile, Jayne was raised in the small town of Lapeer, MI, inheriting a love for John Denver, Jim Croce and Glen Campbell from her parents. By 14 years old, she'd hijacked her father's acoustic guitar and begun writing songs, singing each one in the smoky voice that would eventually earn her an international following. After graduating college with a BA in Psychology, she longed for a change of scenery and moved to St. Petersburg, where she continued recording albums and playing solo shows.

Although AJ and Jayne both received accolades for their solo work, their histories became entwined after a night of impromptu duets at the Hideaway, a cozy listening room in St. Petersburg. Their voices meshed effortlessly that evening, leading to more collaborations between the two musicians. AJ began playing lap steel in Jayne's band, while Jayne started singing harmonies on AJ's records. Before long, a romance had blossomed alongside the pair's ongoing collaboration, and it simply made sense to combine their individual efforts into a proper duo.

"We melded together naturally," Jayne remembers. "We weren't necessarily looking to form a duo, but we shared a bond because we were both still playing the bars in town, and we knew we wanted something bigger. We began playing together, and everything grew from there."

Swearingen & Kelli hit the ground running. They released their self-titled album in 2013, married in 2014, and returned several years later with 2017's The Marrying Kind. They were a self-contained unit-- a DIY duo capable of writing, recording, producing, and releasing their own records — with a long string of cross-country tours. They performed in concert halls, opera houses, and living rooms, and even teamed up with local orchestras in cities like Cleveland for symphonic shows spotlighting the songs of their 1970s heroes, including Carole King, Fleetwood Mac, and Cat Stevens. Other songwriters took note of the gorgeous melodies and evocative lyrics of songs like “You’re Not Here With Me” (written by AJ and released on Swearingen & Kelli's debut), with longtime folksinger Tom Rush recording his own version of the song with harmony partner Nanci Griffith on the album What I Know.

For Cold-Hearted Truth, Swearingen & Kelli teamed up with Grammy Award-winning producer Mitch Dane at Sputnik Sound in the group's adopted hometown of Nashville, TN. They'd been touring the country for years, developing an onstage chemistry that was both electrifying and intimate, and they wanted to capture that live sound on record. Appropriately, they recorded Cold-Hearted Truth with a series of live takes, using a classic Neve console and Mitch’s hand-picked musicians for the band, with Will Sayles on drums, Justin Schipper on pedal steel and electric guitar, and Lucas Morton on bass and piano. There was no AutoTuning of the vocals. No click tracks, either. No isolation booths. The goal, explains AJ, was to "capture that 3D sound where you're together in one room, focusing on the songs, and finding that human element." Jayne agrees, adding, "We wanted the audience to feel like they were right in the room with us."

The result is a classic-sounding album for modern times. Cold-Hearted Truth leans closer to country music than the band's previous releases, inspired by the rebels and old-school icons of the genre, including Kris Kristofferson, Lucinda Williams, Emmylou Harris, and Buddy Miller. The band also looked far beyond the roots-music world for influence. While talking to Justin Schipper during the tracking sessions for the songs “Exile” and “Strange Moon,” Jayne referenced artists like Radiohead and Sea Change-era Beck, encouraging him to apply the atmospheric and moody pedal steel soundscapes already in his arsenal. AJ and Jayne teamed up throughout the songwriting process, co-writing more than half of the songs together.

This is an album about endurance. About forward motion. About leaving and starting over, refusing to let one's past mistakes be the downfall of one’s future. There's heartache, nostalgia, and pain woven into these tracks, but there's also hope and celebration. Those themes are woven together by the collaborative songwriting and lushly harmonized singing of two life partners who've found mutual muses in each other, and when songs are this gorgeously presented, the Cold-Hearted Truth is quite easy to swallow.