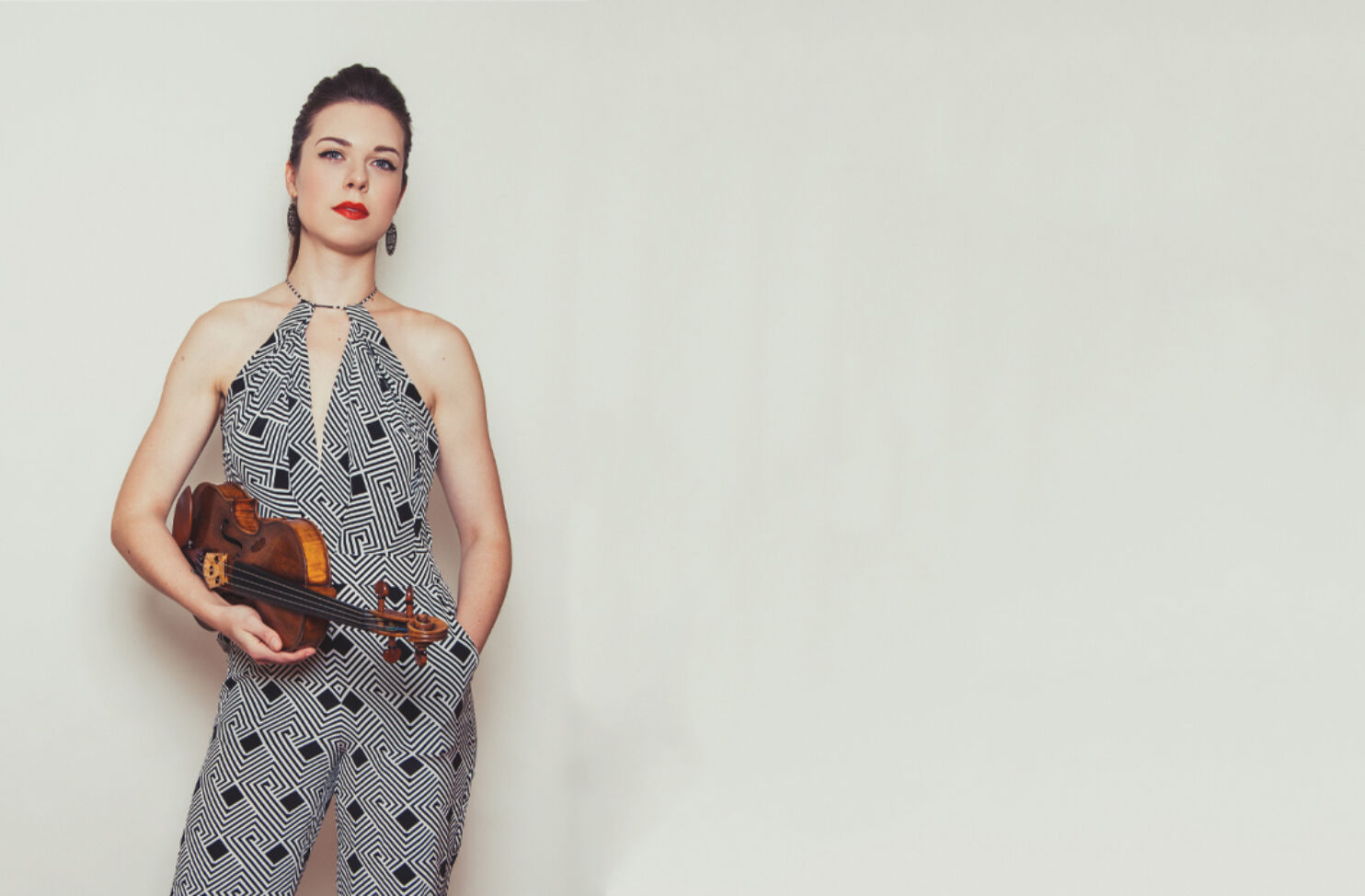 Violinist Tessa Lark, recipient of a 2018 Borletti-Buitoni Trust Fellowship and a 2016 Avery Fisher Career Grant, Silver Medalist in the International Violin Competition of Indianapolis, and winner of the 2012 Naumburg International Violin Competition, is one of the most captivating artistic voices of our time. A budding superstar in the classical realm, she is also a highly acclaimed fiddler in the tradition of her native Kentucky. Since making her concerto debut with the Cincinnati Symphony Orchestra at sixteen, Ms. Lark has appeared with dozens of orchestras, festivals, and recital venues including Carnegie Hall, Ravinia, San Francisco Performances, Amsterdam's Concertgebouw, the Buffalo Philharmonic, and Marlboro Music. Highlights of her 2017-18 and 2018-19 seasons included multiple performances of two works for violin and orchestra written for her: Love Letter by bassist-composer Michael Thurber, and Sky, a bluegrass-inspired concerto by Michael Torke premiered and recorded with the Albany (NY) Symphony Orchestra. Additional recording projects include a fantasia-themed album including Ms. Lark’s own Appalachian Fantasy and works by Telemann, Ravel, Kreisler, and Schubert; Invention, a debut album of the violin-bass duo Tessa Lark & Michael Thurber that comprises music of J.S. Bach along with non-classical original compositions; and a genre-bending disc in collaboration with such artists as multi-instrumentalist/composer Jon Batiste and American fiddling legend Michael Cleveland. Recent and upcoming activities include Australia’s Musica Viva festival—a four-concert engagement highlighted by a duo collaboration with bassist/composer Edgar Meyer—and debuts with the Seattle and Indianapolis symphonies. Scheduled for May 2020 is a Lincoln Center recital debut on its prestigious Great Performers Series. Ms. Lark is a graduate of New England Conservatory with an Artist Diploma from The Juilliard School. She plays a ca. 1600 G.P. Maggini violin on loan from an anonymous donor through the Stradivari Society of Chicago.